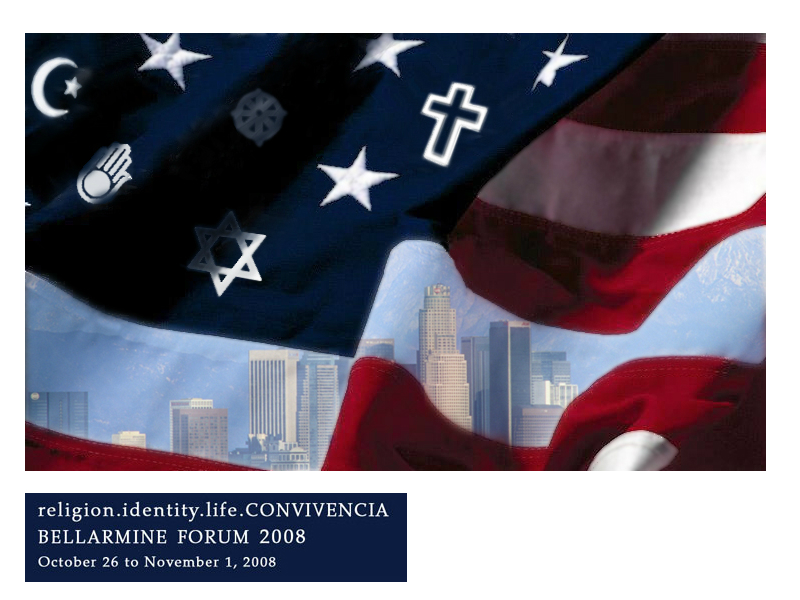 For several hundred years in medieval Spain, Christians, Muslims and Jews lived together in respect and peace. That golden age, commonly referred to as la convivencia—shared existence—is the starting point for this year’s Bellarmine Forum.

Whose religion, ethnicity, sexuality, social class or politics gets to define what constitutes ‘us’ and what is ‘them’?

Yet the very concept of ‘identity’ is complex. We are all citizens of a globalized, multicultural world. Our individual and group identities are constantly shifting. Encounters with people and mindsets radically different from us —if we allow ourselves to be open to them—are challenging experiences.

Does the fact that you are different from us mean we are fated to be enemies?

Our own identities have many layers. Depending on context, someone may think of herself as an American, an immigrant, a norteña, a Latina, a bilingual, a Catholic or a lesbian. The various facets of our identities may exist peacefully with each other. Just as equally, they may be in conflict with one another.

Can you be Muslim and American? Or do you have to choose?

From 9/11 onwards, it has become clear that religious differences dramatically affect how we live together. Religion forms a central part of how much of the world’s population defines itself and others. The influence of our city of, Los Angeles, the centre of the nation’s motion picture and television industry, in incalculable. We live in the place where America shapes the way the world thinks.

In the city where America imagines itself and the world, how much room is there for faith?

It is also the most religiously diverse city in our nation, and perhaps in the history of the world. Los Angeles is home to large and diverse Jewish and Muslim communities, as well as the most diverse collection of Buddhist communities in the world. Religion is political as well as individual. Our different faiths can so easily divide us, but they also provide the basis for conversation, comprehension, and convivencia.

How far can we go in respecting diversity before there is no unity left?

If we truly share life with others, does that mean that “we” have to become like “them”? Or are there things which we simply cannot give up if we are to remain ourselves?

We have no choice but to live together. The question is how.

Join us as we ask each other.