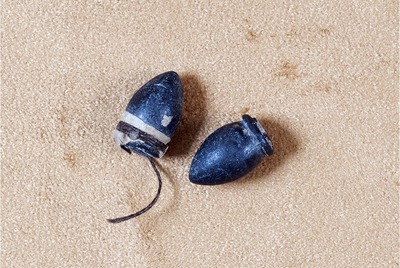 The Minié ball, or “Minnie” ball as it was popularly called, accounted for a huge percentage of battle casualties during our nation’s bloodiest war. Named after its French inventor, Claude-Étienne Minié, the projectile is a cone shaped, cylindrical bullet, engraved with grooves at its base. Wrecking bones, limbs, and organs, the Minié caused irreparable damage to its victims. One battlefield surgeon is recorded as having described the “shattering, splintering and splitting” of bones as “remarkable and frightful.”