In this paper, we report on a series of free-form bargaining experiments in
which two players have to distribute four indivisible goods among themselves. In one treatment, players are informed about the monetary payoffs associated with each bundle of goods; in a second treatment only the ordinal ranking of the bundles is given. We find that in both cases, inequality aversion plays a prominent role. In the ordinal treatment, individuals apparently use the ranks in the respective preference orderings over bundles of goods as a substitute for the unknown monetary value. Allocations that distribute the value (money or ranks, respectively) most equally serve as natural “reference points” for
the bargaining processes. Frequently, such “equal split” allocations are chosen by our subjects even though they are Pareto dominated; but also if they are rejected for that reason they matter in a specific way: whether a Pareto optimal allocation is chosen or not depends on whether or not it is a Pareto improvement relative to the equal split. Interestingly, we find much less Pareto-damaging behavior due to inequality aversion in the ordinal treatment.

"Inequality Aversion and Efficiency with Ordinal and Cardinal Social Preference – An Experimental Study", Journal of Economic Behavior and Organization,76/2, 238-253, November 2010. 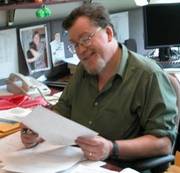