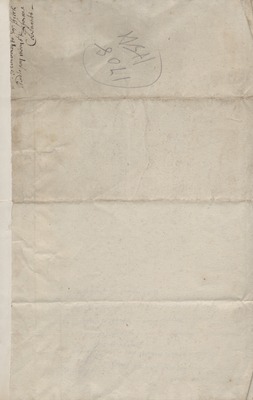 A bond is evidence of a debt. Typically, a bond simply requires that an amount of money be paid--if it is, the bond becomes void; if not, the holder can institute legal action. A performance bond requires that the bound person do a particular thing. In this case, a barrister is apparently bonded to carry out the terms of an indenture. The bond itself was typically on paper rather then vellum. Traditionally, the first paragraph was in Latin and the second, which stated the conditions, in English. When the condition was fulfilled and the bond became void, the seal was often removed from it, or a piece of it was cut off to indicate its invalidity. Image 3 of 3.